The Benefits and Downsides of Vertical Farming 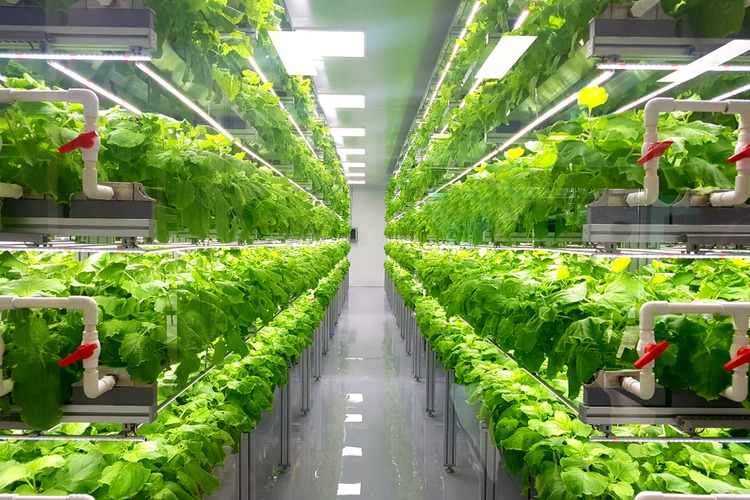 The benefits of vertical farming are numerous. Farmers can control the crops environment in vertical farms, so the plants aren’t subjected to nasty weather conditions or droughts. Humidity, nutrients and water are administered to growing plants to achieve optimum growing conditions. Because of the controlled environment, crops can be harvested more than once a year, resulting in higher yields than traditional farming. Vertical farms are more sustainable than conventional farms because they use less water which is often recycled through the system, they take up less space and they use less fossil fuels because they don’t rely on heavy machinery such as tractors and harvesters. Technology helps vertical farmers get the best output from the farm. Tailored lamps help plants get more light exposure, which encourages them to grow faster than crops that rely on the sun. Vertical farms also provide greater protection from insects, thus decreasing the need for harmful chemical products.

While vertical farms can help with local hunger issues and sustainability, there are some barriers that may keep them from gaining worldwide traction. The cost of setting up a vertical farm can be prohibitive. Conservative estimates put the initial start-up cost at around $110,000, but there are estimates upward of millions of dollars. Finding an abandoned warehouse or building in an urban setting for a reasonable price might be difficult. Since vertical farms rely on electricity for growing lamps and strict environmental controls, the location has to have reliable powe not just any old abandoned building will do. Vertical farms also depend heavily on technology, which can be costly. Keeping the lights on and the environmental controls running will impact energy use and your budget. Not every crop that is grown traditionally can be raised successfully in a vertical farm. Leafy greens and herbs do the best in an indoor environment, while staple crops like wheat and potatoes are difficult to grow indoors, as are some fruits and vegetables. The crops that can be harvested from a vertical garden are limited. Growing food to feed the hungry is a noble gesture, but it also has to be profitable, especially when the initial cost to set up a vertical farm is so high. If there isn’t a market in your area, it’s a waste of time to grow large amounts of food that you won’t be able to sell.